ABOUT US
THE HISTORIC EAGLES CLUB
The Historic Eagles Club was built in 1927 as the Milwaukee home of the Fraternal Order Of Eagles. 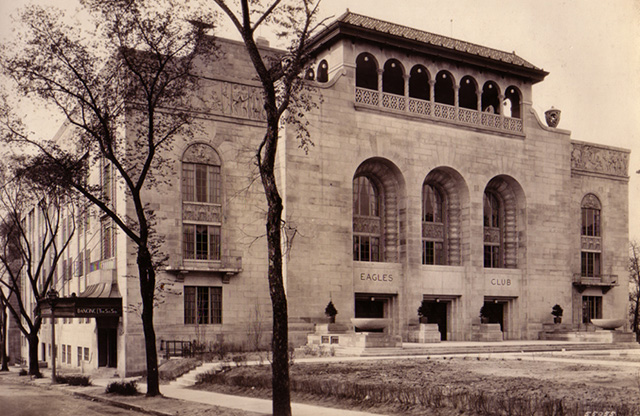 THE EAGLES CLUB - AERIE #137
The Eagles Club was designed by architect Russell Barr Williamson, student of Frank Lloyd Wright, for $1.25 million. It was to be the home of the Milwaukee chapter (Aerie) of the Fraternal Order Of Eagles.

Construction began in 1925, and took two years to complete. The Eagles Club was planned for multiple functions. There was a 75'x 50' swimming pool, a two-story gym, bowling alleys, a lounge, a barber, and a restaurant. The building dedication was held on April 17, 1927 with a grand week-long party attended by 25,000 guests.

In August of 1927, the building hosted an even larger convention for the national Eagles organization, which attracted more than 100,000 guests from all over the country.

By 1941, the Milwaukee Aerie was among the largest in the country, and by 1955, the Milwaukee Eagles Club was awarded the title of National Headquarters of The Fraternal Order of Eagles. 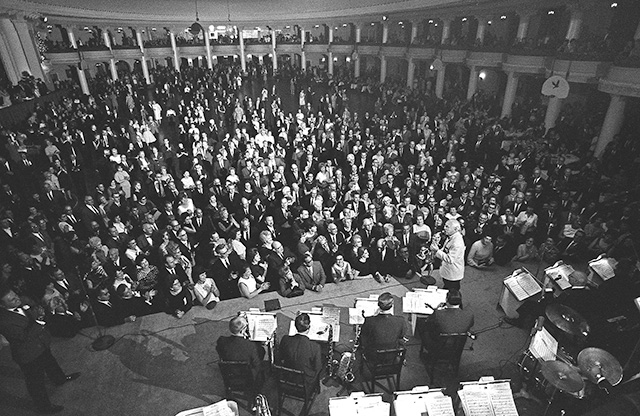 On December 7, 1941, local bandleader Sig Heller and his group were playing a radio broadcast from the ballroom. The engineer gave them a signal to cut the performance short when news broke of the attack on Pearl Harbor. 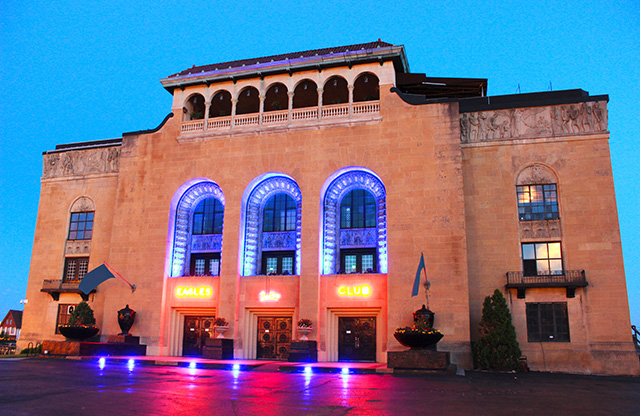 THE EAGLES CLUB TODAY
The musical history of the building perservered as Devine's Million Dollar Ballroom gave way to Central Park, then The Eagles Auditorium.

In 1991, a local concert promoter, who had previously promoted shows at The Riverside Theater and Alpine Valley Music Theater, began hosting concerts in the building; then known as The Eagles Auditorium. Shortly thereafter, that promoter bought the building, and the moniker "The Rave" was coined for the building, and became part of The Eagles Club.

Today, The Rave / Eagles Club is an independent entertainment venue with 6 stages hosting 250+ concerts per year. Millions of fans from all over the world have visited this storied music club. And many of the biggest names in popular music have performed in the building; from Bob Dylan to Slayer, Justin Bieber to Justin Moore, Bad Bunny to Modest Mouse, $uicideboy$ to Skrillex, and many more.

more photos down here and a link to buy historic booklet