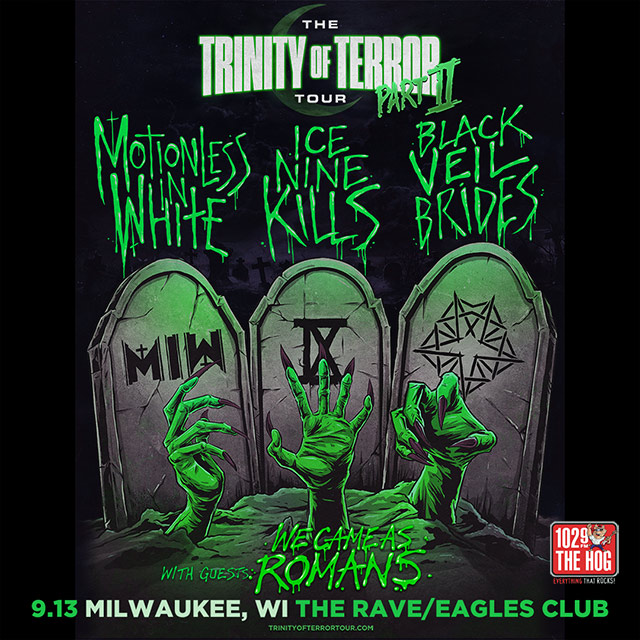 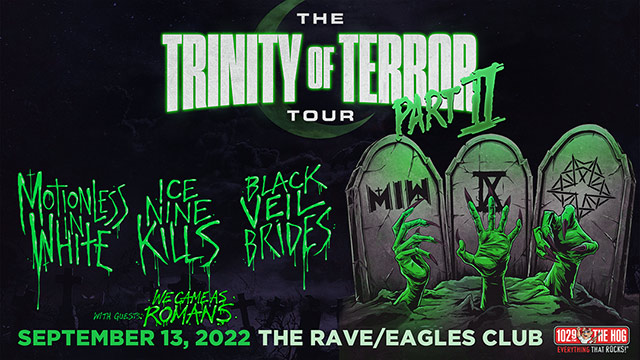 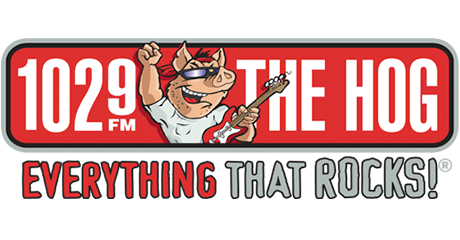 After a widely celebrated sold-out run earlier this year, ICE NINE KILLS, BLACK VEIL BRIDES and MOTIONLESS IN WHITE have announced that they will reunite this summer for a second leg of their triple co-headline North American tour, "Trinity Of Terror". The new tour dates will see three of the biggest names in modern hard rock once again bringing their incendiary live shows to the same stage each night along with special guests WE CAME AS ROMANS.

The upcoming dates, which will see the three bands alternating closing sets each night, is set to kick off on September 3 at Omaha's Liberty First Credit Union Arena and make stops in Cleveland, Scranton, Asheville, Milwaukee at The Eagles Ballroom on September 13th, and more, before wrapping up with a performance at Cincinnati's ICON at The Andrew J Brady Music Center September 18.

Having recently wrapped its massively successful triple-co-headline "Trinity Of Terror" tour with BLACK VEIL BRIDES and ICE NINE KILLS, MOTIONLESS IN WHITE is set to make several U.S. festival appearances this year with anticipated performances slated for Sacramento, California's Aftershock festival (October 7) and Las Vegas, Nevada's When We Were Young festival (October 22, October 23, October 29). Additional upcoming international dates for MOTIONLESS IN WHITE include a summer run in Australia with I PREVAIL and then a 2023 European tour with BEARTOOTH. 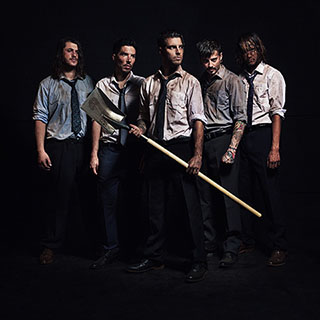 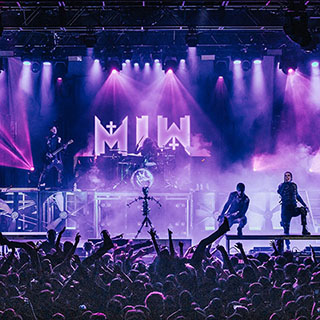 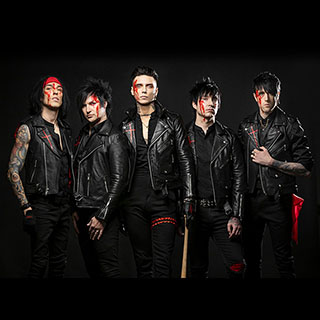 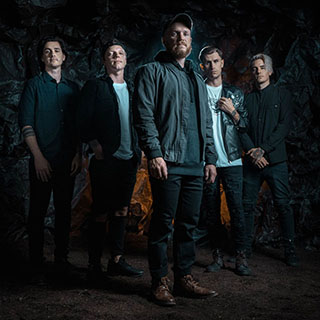 We Came as Romans
Detroit, MI 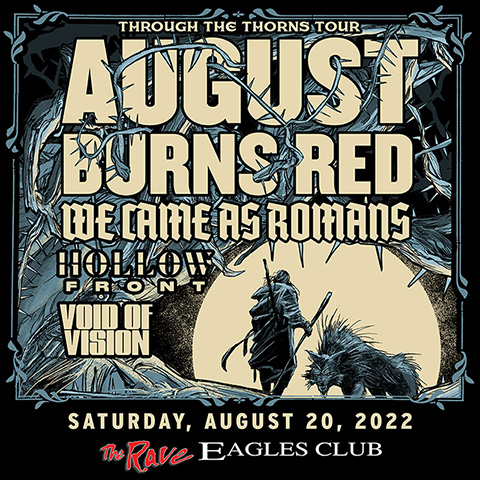 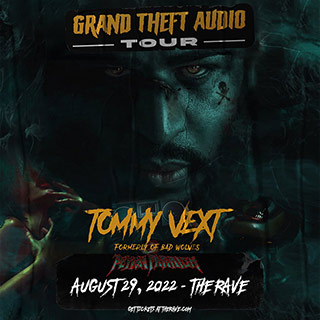 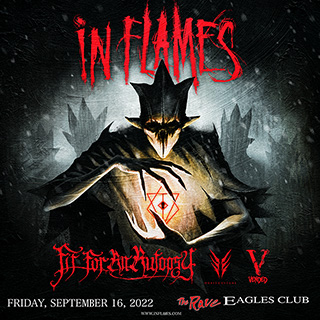 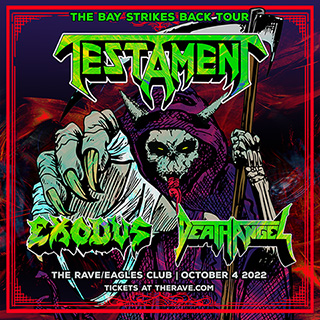 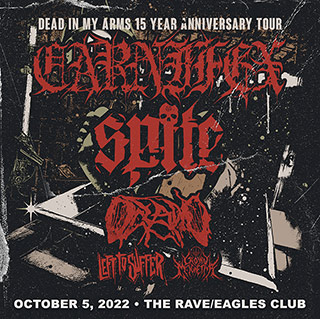 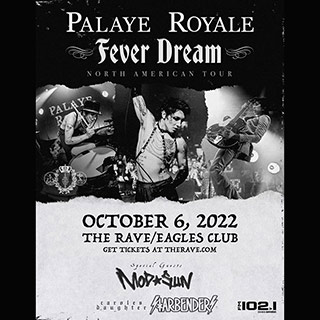